In my OSINT book, I spoke very favorably of Foto Forensics (http://fotoforensics.com) as an online tool which could examine details of a photo including metadata and image analysis. This could help identify areas of an image which have been manipulated plus many other features. Foto Forensics has been blocking VPN addresses lately, and I have always been a bit uncomfortable uploading images associated with my investigations. This is where Sherloq (https://github.com/GuidoBartoli/sherloq) enters our arsenal of tools.

Sherloq includes the same features, but runs 100% locally on your machine. It works within Windows, Mac, and Linux. Since I use Linux VM's within my book and my investigations, I will only focus on Linux installation. Furthermore, I have created a desktop launch script which matches the other apps within my OSINT VM. I have updated the linux.txt file within the book resources page (link included in your book) with the full directions, but I will also include them below. These are modified from the instructions at the source to match the needs of the VM from my book. Images of the tool with sample photos is at the end of this post.

This will add a new shortcut in your Applications menu to launch Sherloq. 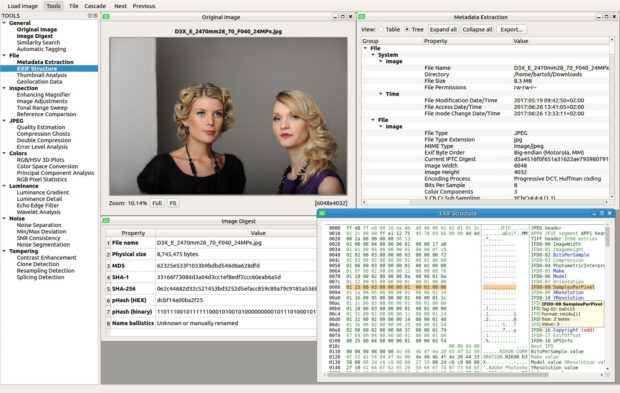 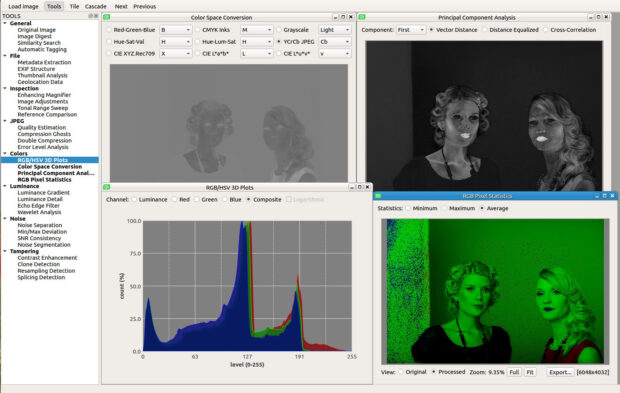